The Power of One

The Power of One

I was in Israel with my partner Brad, in 1995. After visiting Nazareth and feeling the deep peace in the land in that area, we found ourselves on the mount of the Beatitudes. Looking out over the beauty of the Sea of Galilee, we were reflecting on what Jesus had said about peacemaking, so long ago, here on this mountain. “Blessed are the peacemakers, for they shall be called the children of God.” We could not help but be poignantly aware of the fragility of the peace process in this world and the tremendous work required on so many different levels before we, humankind, can celebrate being together on our beautiful planet earth.

We found ourselves, while in Israel and ever since then, wanting to explore the fascinating intricacies of the microcosm and macrocosm of the peace process. We came to realize that as meditators, we are looking at the possibilities of a more indirect way of contributing to the peace process.

There is a principle we have come to call the “power of one” effect ever since an experience we witnessed in 1994. That year, something I had always prayed for happened. Apartheid came to an end, and our understanding was that it was the power of the many, solidifying into one intention, that created the power of one. It is this effect of the power of one that I would like to outline here.

…unity, which is also oneness of heart, holds a higher vibration and exists right through the field of the collective personality of human-kind—even if usually unseen. Each one of us with a body and a personality living in the world, is an expression of that unity, whether we know it or not.

The awakening of peace consciousness is a major issue facing humanity right now. It has also become an issue dear to our hearts. As seekers after truth, we hope others will find themselves wanting to join the corps of believers who feel that this is the next frontier in our work as transformers of ourselves—and that by this recognition they will also be willing to put their hearts and minds into a commitment to hold a solid intention for change towards peace. The solidarity of intent is everything. It is the essence of the power of one.

As we begin to waken to our larger, universal selves, and as we clear and integrate more and more of our shadow in advanced Self-discovery, each one of us becomes conscious of being merged into a larger, more universal awareness—an awareness which is always present in this world—that of unity consciousness. This unity, which is also oneness of heart, holds a higher vibration and exists right through the field of the collective personality of humankind—even if usually unseen. Each one of us with a body and a personality living in the world, is an expression of that unity, whether we know it or not.

If, through our inner work, we become more aware of that unity, conscious all the way through to Source, we embody the unity of higher and lower selves in a very expanded vibrational field. Because of this, it would only take a relatively small number of people to create an awareness field of great coherence—a field of peace, in other words. Since we are all psychically interconnected, this coherent field of peace is effective at soothing and healing the mass consciousness. It settles it into a quieter state when held by this coherent field: If you build it they will come. It actually raises the consciousness of everyone.

The awareness of the average separate individual is normally conditioned to be quite undisciplined and incoherent. Ordinary, everyday awareness expresses more volatile, slower vibrations, such as hate, anger, revenge, selfishness and greed in an undisciplined way. Without the infusion of a component of higher vibratory peace and love from the unity consciousness of the Higher Self, mayhem results.

It is this principle of unifying mind, or of oneness, the many becoming of one mind, that I am calling the power of one, named after a novel, The Power of One, by Bryce Courtenay. The book depicts the struggle in South Africa for equality and the end of apartheid. The struggle required that everyone come into a state of one-mindedness about what they actually wanted politically—before it could manifest.

The phrase is a reflection of the Law of One, described in the Jewish mystical tradition known as Kabbala, which depicts oneness or unity consciousness as guide and law in life. To live by the Law of One is to be in harmony with universal law and the Word (of God). Were we a planet who lived by the Law of One, we would not need the laws of man, which vary from culture to culture. Each individual would be attuned and express this harmonious oneness in an extremely coherent win-win lifestyle. The law of man contains the dualistic and divided negative-positive, win-lose awareness. The laws of man are many, depending on race, creed and nationality—resulting in great confusion and no unity or awareness of the unified field. This oneness, available to all, but seldom actualized, is superlative intelligence, wisdom, love and peace—it reflects equality and equanimity.

By continually working on ourselves, to create this inner peace for ourselves, we are making a bold contribution to the peace process.

This commitment to one mind, one heart and one intention, requires us to work at clearing and perfecting all of the convoluted parts of our own self, so that we may become clear receivers and transmitters of this coherence. There are many on a transformative path today, and clarity within the universal level of the collective will be the outcome of their work. World peace will only come about when there are enough of these souls and when they agree to work together, consciously holding the state of coherent consciousness with the acknowledged intention of creating peace.

By continually working on ourselves, to create this inner peace for ourselves, we are making a bold contribution to the peace process. Taken further, by banding together and openly stating our intention for peace amongst ourselves and to our spiritual colleagues, we will begin to create it with our one-mindedness. Taken one step further, if we were to meditate for peace on a regular basis with our friends, we would further enhance the peace process. 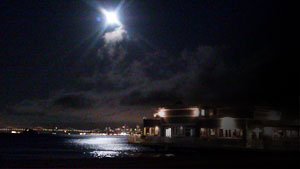 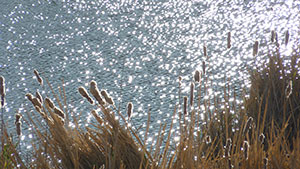 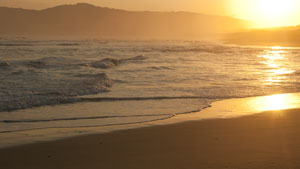 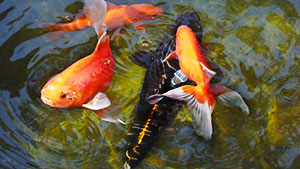 Thank you for your interest in Leslie’s giclées—museum-quality reproductions on un-stretched canvas. These giclées are made to order, and as a result of this, all orders are final. If you have any questions or concerns, please email info@CoreLight.org before ordering.

Things to know about custom giclées and shipping:

We truly hope you enjoy having this Sacred Art in your space!