We have reached the moment in time when as many women as possible need to be made aware of the way in which they compete with other women. This phenomenon is hugely present in almost every woman in the Western world, just as it is with men. Competitiveness in women is usually fairly covert, disguised, taken for granted. Competition is so second nature that even the woman herself is unconscious of the fact that she is doing it! Yet, if a woman is sensitive and has good inter-personal skills and cares about her relationships with others, she can usually feel the tonality of that particular energy—and respond to it, especially if someone draws her attention to it and makes her aware of it. This indicates that many women are ready to shift this issue now.

The origin of feminine competitiveness goes way back roughly 6,000 years, to the birth of Patriarchy and hierarchy, as we know it today. The peaceful Neolithic culture around the Mediterranean and Middle East, sometimes referred to as “the goddess culture”, was the first to be totally decimated by Patriarchal tribes who invaded from the North. These invaders were the so-called Indo-Europeans, who were Patriarchal in their ideology and violent and competitive by nature. With their iron weapons and horses, over a period of one or two thousand years or so, they destroyed the peaceful and mostly egalitarian Neolithic village culture, whose women had held positions of leadership, status and power in the community, especially as priestesses. The Neolithic men were mostly slaughtered, and the children and younger, more desirable women were spared death to be kept as concubines and slaves by the new “lords” of Europe and the Middle East.

Competitiveness in women is usually fairly covert, disguised, taken for granted. Competition is so second nature that even the woman herself is unconscious of the fact that she is doing it!

This long, slow and anguished change was the beginning of the time when women no longer had the means to support themselves through their own efforts. During the seven-thousand-year Neolithic era they had crucial roles in the survival of the village. They were skilled in a variety of useful and life-supporting activities, such as: developing horticulture and food gardens, creating pottery, taming and raising cattle, as well as having babies, supporting one another in childbirth and raising the children collectively. Later they learned how to weave cloth. Mystical skills were also very present—skills which we cannot truly understand today, because of a general lack of understanding of what constitutes a woman’s real power. Most of it has vanished from memory, deliberately suppressed and dismissed.

After the completion of the fall of the Neolithic culture, women lost all their independence and creativity and became completely dependent on their Patriarchal overlords, who were the dominating conquerors. And when the Neolithic culture was completely destroyed, the men from the north began competing amongst themselves for power, land and women, who were concubines or slaves. They created the manipulation that pitted one woman against another as a way of controlling them and keeping them powerless.

Women of that era were facing the predicament of “the survival of the fittest” and had to compete amongst themselves for protection, support, attention and position in the lives of these individualistic men who were now fully in charge of their well being. The old Neolithic structure where women had status and power died a violent death, and as the men from the north took over the land, the women had no choice but to compete amongst themselves for the favor of these men to ensure their own survival. The structure of life from those earlier, goddess-worshiping times, gave way to a much lower status for women and became a breeding ground for competition—which survives to this day in our own still-Patriarchal culture, and is now bred into the feminine as much as it is into the masculine.

The women of today not only compete over men, but to some extent compete in the same manner as men, now that they have entered the Patriarchal working world where it is survival of the fittest in the job market. Either way, the situation is still about women trying to survive and make their way in life, although essentially without the same privileges as men. Despite the fact that feminism has come a long way in the past 50 years, this pattern of women being second-class citizens is still significantly in place.

This world absolutely cannot heal as long as there is competition between men, or between women, or between men and women. Our now blighted natural world is gasping for air, essentially as a result of the competition for survival between people, nations, the genders, and the effect of human competition on nature and animals. It has got to stop soon—and our Mother Earth is now asking us women to let it go. Actually on closer examination, competition, which was so esteemed, now seems most embarrassingly sordid, small-minded, limited and redundant. Now, since we no longer need to be using this behavior for our survival, we can be reborn into a new and far healthier way of sisterhood that calls for collaboration and caring!

…on closer examination, competition, which was so esteemed, now seems most embarrassingly sordid, small-minded, limited and redundant.

I doubt we were meant to be competing with each other forever—it was a learning experience for sure, but as we ascend, it no longer serves us. Going forward into the new paradigm of heart-centered consciousness will inevitably change this destructive attitude for our own happiness and survival.

The fact is that women no longer need to be dependent on men, and have no real reason to compete with each other. It is simply an old habit, as most of us know only too well in our souls. There are so many ways that this Patriarchal period has been exceedingly hard for women that, overall, it has been a deeply scarring and soul-destroying experience. Yet there is another, subtler and higher side to our feminine evolution. Over the millennia we have also learned something from facing the humiliation we feel about being “less than” men. While this humiliation still lives deep inside us, we have been subtly changed. We have learned and are still learning that having to face humiliation over the centuries has led us towards awakening the sublime and higher state of true humility within us. It has developed in us a huge well of strength deep within our souls, and as a result we have become survivors—and more. We have become capable of ascending into a higher dimension. We are ready!

One of the problems around this significant change is that most women have a hard time seeing deeply enough into their own unconscious to access this wisdom, so it sits there waiting for us to find it. And I believe this is because of the way that competition, in its compelling relationship to survival, takes over the surface mind and inflames the ego in the day-to-day struggle to survive. Yet this struggle is a samsara—a “scar” from the past—not real in current times unless we make it so by believing it! It is simply an ancient remnant of our precarious history that we can now let go of in order to take our place in a powerful, higher reality of heart-centered consciousness and mutual collaboration.

The potential exists for a beautiful sweetness to develop between women as they embrace and acknowledge one another from the heart. Women are amazing beings, and yet their personalities have been subtly distorted by the propaganda disseminated about them by the patriarchal nature of the third-dimensional world. If we want to rise up and do what our spirit is asking of us during this global transformation, we must let the patriarchal structure go. When this ancient programming is allowed to slip away, we will find that our relationships with one another will be clear, compassionate, fulfilling and hugely empowered. This will also allow the empowerment of other women around us. As we claim the truth of who we truly are now collectively, we will find that we have real, supportive solutions to offer for the overall healing of the world.

Over the millennia we have also learned something from facing the humiliation we feel about being “less than” men. While this humiliation still lives deep inside us, we have been subtly changed. We have learned and are still learning that having to face humiliation over the centuries has led us towards awakening the sublime and higher state of true humility within us.

In the old order women betray other women when they compete. This is completely unnecessary, especially now! Yet there are numerous examples of this kind of thing happening everywhere, all the time. I see it all around me as I do my work with people. At the very least it creates pain, alienation and separation—and of course at the grossest level, all betrayals lead to some level of war. I truly feel that now more than ever, women are poised to let this blight on their souls go in a way that I do not see most men, as yet, being ready or able to do. But it is clear that competition is a source reason that keeps humanity stuck and is why the world is falling apart.

I call on all of us to be scrupulously honest with ourselves and to try and see where we are doing this subtle and not so subtle competition with many or all of the women (or men) in our lives. It is the singular most destructive issue that can foul up a relationship, or at the very least make it painfully difficult. We are moving towards equality in this world, and if women can shift this, it may help the men do the same. Not competing will allow many things to come to the surface and enrich our lives. Things like our creativity, our happiness, our self-sufficiency, our sense of our self-worth, will grow, and we will find a more intimate heart connection between all of us, in the most exquisite way. We will become capable of delighting and loving one another and being infinitely more generous towards each other.

Our Mother Earth has been the playing field where greed has competed with survival as rape after rape has taken place. Let us wake up enough to no longer subtly rape each other or the Earth, in order to make ourselves feel as though we have some stature. Rather, let’s stand together in solidarity—confident of our intrinsic value—and enshrine our beloved Mother Earth in our hearts. Draw a line in the sand for the Patriarchy to shift. Why would we be afraid of giving each other credit, love, praise, and generous acceptance and of receiving love, too? We must seek and find the answers to these questions soon, so that we can find a place of real, loving acceptance inside ourselves, for one another, for life, and for a new future for this Earth and all its people.

Without women making this shift now, it is hard to imagine that our Earth will survive in its current form. We are possibly Nature’s only chance of making it at this point. Now, as we enter a most severe, critical period of unknowns and potential chaos for the world and for ourselves, the time has come for us to look at the truth of who we are, and claim our capacity to create collective changes. Let’s open our hearts and learn to collaborate really soon because collaboration is based on mutuality and equality—which is where our spiritual journey is leading us—and not hang on to the old, separating way of competition from in the past. 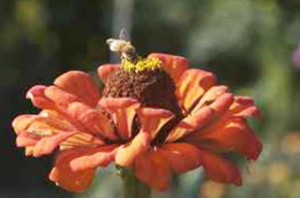 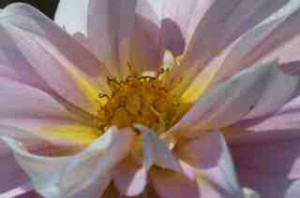 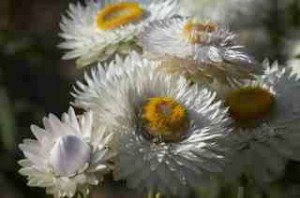 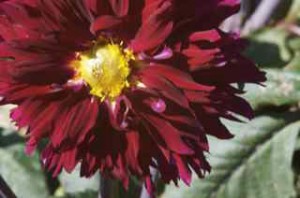